Mozambique has shown its commitment to education. It has abolished school fees, provided direct support to schools and free textbooks at the primary level, as well as made investments in classroom construction. The education sector receives the highest share of the state budget, over 15 per cent. As a result, there has been a significant rise in primary school enrolment over the past decade. Yet quality and improvement in learning has lagged behind. Also, enrolment stagnates in upper primary and secondary despite increased provision. About 1.2 million children are out of school, more girls than boys, particularly in the secondary age group. The 2013 national learning assessment found that only 6.3 per cent of Grade 3 students had basic reading competencies. A 2014 World Bank survey showed that only 1 per cent of primary school teachers have the minimum expected knowledge, and only one in four teachers achieves two-digit subtraction. Absenteeism among teachers is high at 45 per cent, and directors at 44 per cent. About half of enrolled students are absent on any given day.

Another huge challenge is the lack of an early childhood learning serviceThe service is currently only available to an estimated 5 per cent of children between 3 and 5 years, with most services still located in urban areas. 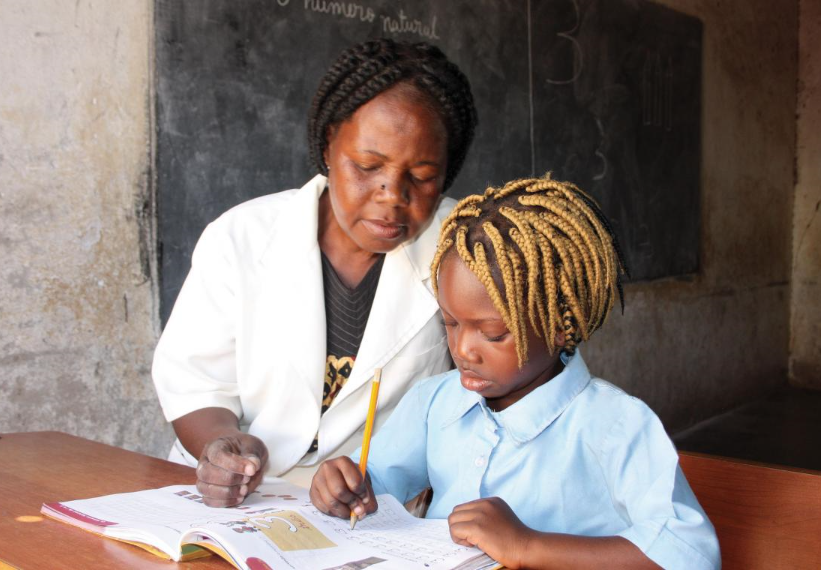 What we have achieved so far:

Since 2012, the focus has been on strengthening the national education system through the introduction of minimum standards ensuring quality. In addition, the monitoring of the achievement of goals is becoming more and more important for the further development of the various programs, for example the “Child Friendly Schools Model”. Schools are required to make their students’ education free of gender stereotypes and participatory.

The Education programme will maintain the two relatively new pillars of quality and access, but at the same time expand on these by including an early learning component and by putting more emphasis on systems strengthening and dialogue in selected key areas of early learning, teacher policy and out-of-school children. The focus will be on pre-primary and primary education to give the sector a solid foundation upon which all future learning builds, and to keep children, adolescent girls in particular, attending school until the end of primary level. Particular attention will be put on teachers and foundational skills, ensuring teachers are in the classroom, with adequate competencies and skills to teach reading and writing.

The main areas of support are: