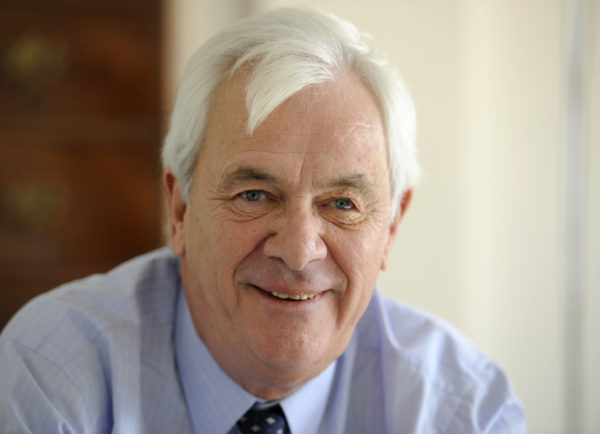 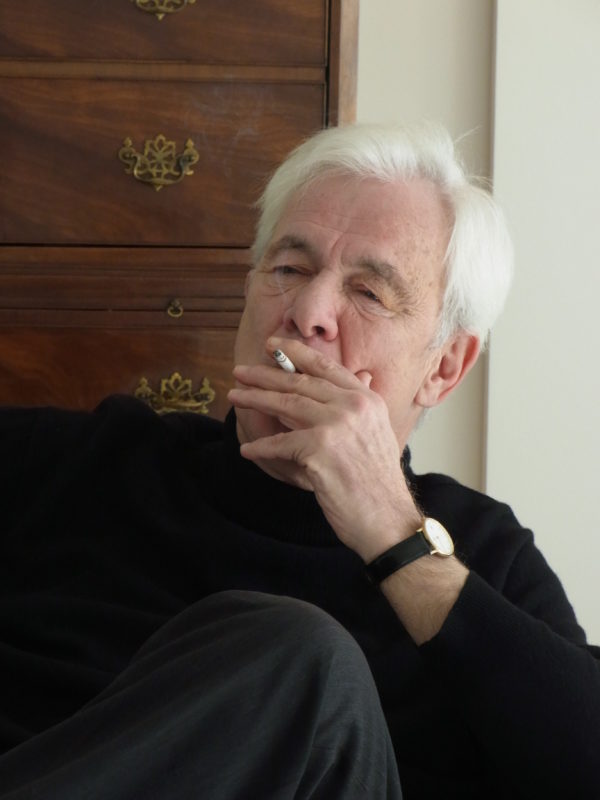 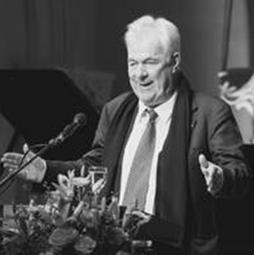 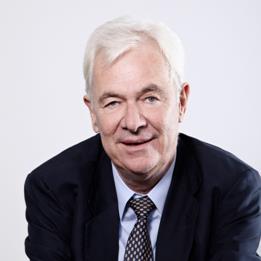 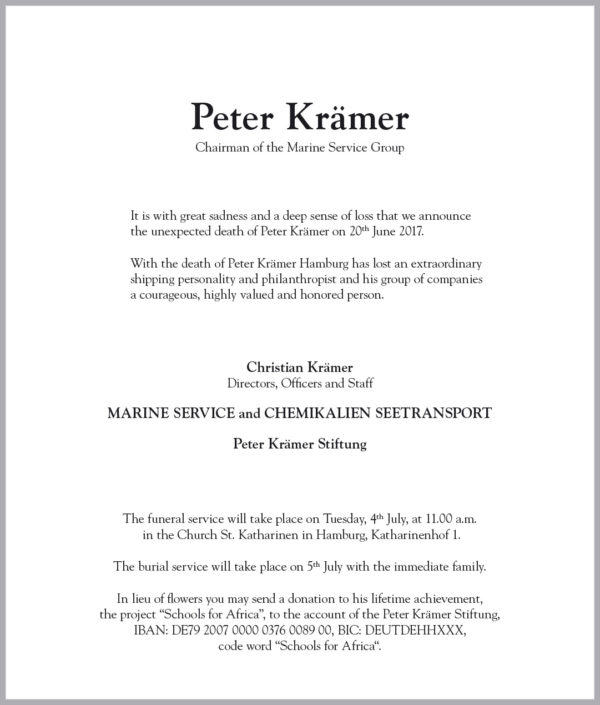 The Dr. Karl-Heinz Krämer GmbH with its companies Marine Service GmbH and Chemikalien Seetransport GmbH mourns along with their shareholders and employees the sudden death of Peter Krämer.

The shipowner and patron Peter Krämer died unexpectedly on the night of Tuesday, 20.06.2017.

With the death of Peter Krämer, Hamburg loses an extraordinary shipping personality; and his group of companies a courageous, highly valued and honored person.

In 1982, the lawyer Peter Krämer took over responsibility for the companies Marine Service GmbH and Chemikalien Seetransport GmbH which were founded by his father in 1958.

Under his leadership, the shipping company Chemikalien Seetransport GmbH became an internationally recognized tanker shipping company and the engineering and consultancy company Marine Service GmbH has grown into a market leader in LNG technology.

In 2002, Peter Krämer was convinced that, in addition to his economic success, humanitarian aid was to play an important role in fulfilling his life.

Based on his experience as an international shipowner, he wanted to tackle the problems of the Third World and to improve the life situation of the population of Africa through education.

In 2004, he met the former President of South Africa and Nobel Peace Prize winner Nelson Mandela, whom he later became friends with and suggested to initiate the “Schools for Africa” ​​project together with Unicef ​​International.

The project which he himself regarded as his lifetime achievement and for which he was later honored by the Federal Cross of Merit of the Federal Republic of Germany and the Pro Humanitate Award, has now become the most successful private education initiative in the world.

Through the commitment of Peter Krämer, more than 200 million USD were donated, more than 1,500 schools were built and the educational situation of over 28 million children in Africa has improved significantly.

We are mourning for the loss of an exceptional human being, who has achieved great success for a better world with his visions and the realization of them.