Mauritania is one of the world’s largest producers of iron ore and is located in West Africa, between the Sahara and Sahel. The country has a population of 4 million people, with the majority concentrated in the capital, Nouakchott, and the south. Young people represent almost half the population, and each year of schooling they receive can boost the country’s long-term growth by 0.58 per cent. Children and adolescents have enormous skills, capacity, and potential to transform their families, communities and even countries, contributing to regional and even continent-wide outcomes. The large proportion of young people, combined with consistent economic growth, means there is an excellent opportunity for investment in a ‘demographic dividend’. With the right government policies, investments and strong technical support, together we can ensure that Mauritania’s children and adolescents contribute to a national vision.

Mauritania has made solid progress towards strengthening access to education over the last decade, but learning outcomes must be significantly improved. The following challenges must be addressed:

• Children are not learning – merely attending school isn’t sufficient: children need to learn, which requires significant pedagogical changes, a new model of teacher training, and better infrastructure
• Low transition into – and completion – of secondary education – only 34 per cent of children aged 12–15 years attend secondary school. Children need to complete at least nine years of basic education to strengthen human capital
• Protection in schools – child protection needs to be significantly improved as children and adolescents are exposed to violence, exploitation and abuse, which disrupts their ability to learn and their physical, mental and emotional health (80 per cent)
• Equality in education – girls in particular are robbed of their childhood and potential to become productive citizens due to widespread female genital mutilation/ cutting and child marriage

• Overburdened education services – due to high population movement resulting from armed conflict in neighbouring Mali, since 2012. This has added stress to services in the most deprived areas of Hodh El Chargui
• Unequal wealth distribution – despite sustained economic growth, wealth has not been equally distributed amongst the population, nor is it sufficiently reflected in social sector national budget allocations. 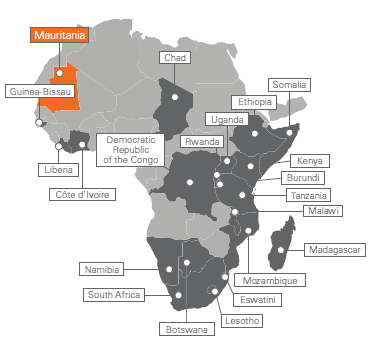 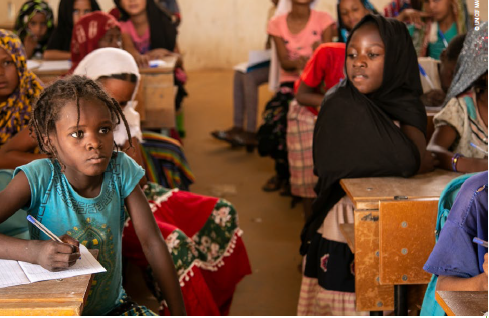